“The one thing all children have in common is their rights. Every child has the right to survive and thrive, to be educated, to be free from violence and abuse, to participate and to be heard. “
Secretary-General Ban Ki-moon 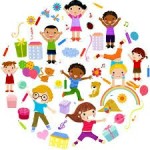 The United Nations’ (UN) Universal Children’s Day, which was established in 1954, is celebrated on November 20 each year to promote international togetherness and awareness among children worldwide. UNICEF, the United Nations Children’s Fund, promotes and coordinates this special day, which also works towards improving children’s welfare.

Background
On December 14, 1954, the UN General Assembly recommended that all countries should introduce an annual event from 1956 known as Universal Children’s Day to encourage fraternity and understanding between children all over the world and promoting the welfare of children. It was recommended that individual countries should choose an appropriate date for this occasion.

Nearly 25 years on there is much to celebrate, from declining infant mortality to rising school enrolment, but this much remains to be done. Too many children still do not enjoy their full rights on par with their peers and even in developed countries there is an unacceptable level of child poverty. The Refugee Crisis in Europe is also putting children at grave risk of being exploited by human traffickers.