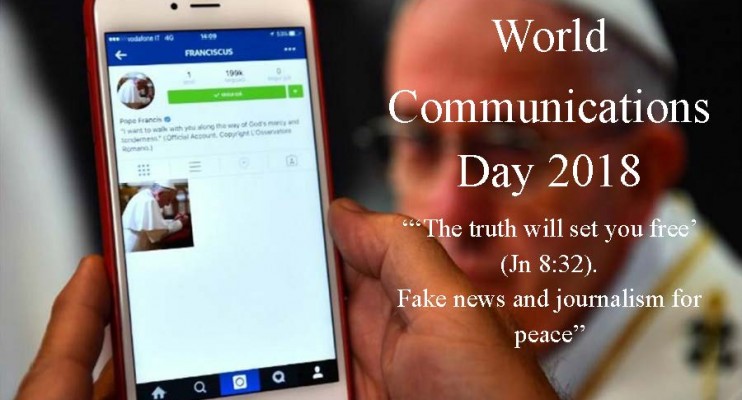 World Communications Day, the only worldwide celebration called for by the Second Vatican ‎Council ‎‎(“Inter Mirifica”, 1963), is marked in most countries, on the recommendation of the bishops of ‎the ‎world, on the Sunday before Pentecost, which in 2018 will fall on May 13.  In some countries, the day is marked as the solemnity of Ascension.

The first World Communications Day was observed on May 7, 1967, under the pontificate of Blessed Pope Paul VI, who wanted to draw attention to the communications media and the enormous power they have for cultural transformation.  This year’s observance will be the 52nd edition.

For full text of the Pope’s message, click here.