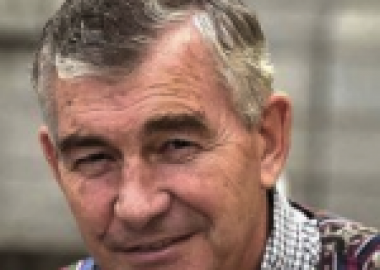 The hundreds of thousands of Rohingya refugees fleeing the attacks and burning of their villages in Myanmar are walking hundreds of miles across mountains and through jungles in rain to escape the slaughter by the Myanmar armed forces. As many as 3,000 Rohingya have been killed according to some reports. The survivors, now numbering 370,000 men, women and children, some pregnant and all hungry and thirsty, reach the border of Bangladesh and there they step on a landmine and their legs are blown off, eyes gouged out and arms mangled. The video footages from the hospitals in Bangladesh is shocking and evidence of cruel atrocities against innocent women and children and civilians.

Those that make it across the border have nowhere to go but they clear a patch of ground on a hillside and with hundreds of others they stake out a spot to spread a plastic sheet and there they make their resting place. If they have money, they have to buy more plastic sheeting to use as a tent to shelter from the rain. It is human misery and they don’t even have food or water except what kind local Bangladeshi people bring to them. Thankfully some international aid organizations are coming to help. Families with children looking out with wide staring eyes from under a sheet of plastic while the rain lashes down.

The Burmese, the vast majority of whom are Buddhist, do not recognize these Muslim ethnic people as citizens of Myanmar and have persecuted them for many years. Killings and burning of houses and villages is not new. It’s been going on for years. Video footage released in recent months showed them being beaten, tortured and abused by the Myanmar police. This abuse and persecution has given rise to a resistance movement by some of the Rohingya who have lost everything and whose families have been killed. Poorly armed, they staged attacks on police outposts and the military and Buddhist youth savagely attacked the Rohingya villages driving out the people forcing them to flee or be killed.

The United Nations representative for refugees said it is a textbook example of ethnic cleansing. The UN Security Council will discuss the issue this week and will issue a resolution that is likely to criticize Myanmar.

The Myanmar government led by Aung San Suu Kyi, who was persecuted herself and held under house arrest for 15 years by the military government as she stood for human rights and democracy in Myanmar, has remained silent and supportive of the government actions against the Rohingya. As a Nobel Peace Prize Laureate, she has been admired and praised by millions for her stand against the military government that had ruled Myanmar for decades until her party was elected. She has fallen from grace and has been severely criticized for her inability to speak out and help the Rohingya. She was once a great defender of the oppressed. In her acceptance speech receiving the peace prize after twenty years, she said in part:

“To be parted from those one loves and to be forced to live in propinquity with those one does not love.” She continued: “I thought of prisoners and refugees, of migrant workers and victims of human trafficking, of that great mass of the uprooted of the Earth who have been torn away from their homes, parted from families and friends, forced to live out their lives among strangers who are not always welcoming.” Now her silence is broken and she speaks for the government she heads.

We can understand her fragile hold on power where the military still have huge influence. For her to go against them and against the popular national and religions sentiment that is dead and racially set against the Rohingya would be political suicide for her and her party. An angry resentment from the nationalist majority against her would surely rise up and demand she resign. Then the military could find it a good excuse to sweep away all the democratic gains made and resume totalitarian power. This is possibly the reason for her silence. All the gains won over thirty years would be swept away if she stood with the Rohingya.

The loss would be too great and what change would her voice make when there is fanatical hatred of the Rohingya among the extremist Buddhists to expel them. This extremely embarrassing and difficult situation is likely to be the reason she will not attend the United Nations meeting. She is internally hurting and suffering from having to ride along with this nationalist sentiment. And sadly, she will be rethinking her own words she wrote in a famous book Freedom From Fear, where she said: “It is not power that corrupts but fear, fear of losing power corrupts those who wield it.” Has she become morally corrupt by ignoring the grave injustices suffered by the Rohingya? I don’t think so. She has to survive the military and going against them will be her total downfall.

What we can all do is share this article with your representatives in parliament or congress and demand that they stand with the Rohingya and send aid and support for them. The politicians must be persuaded to raise their voice and work out a political solution through the UN whereby the Rohingya will be recognized as citizens and they be given their full human rights and repatriation in peace with compensation.