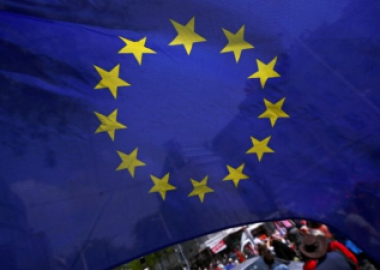 The Catholic Bishops’ Conference of Ireland released a statement on Monday ahead of European elections this week, reminding voters of the Christian values which motivated the founding of the European Union. The Bishops also warn voters of the rise of populism and address the Irish concerns over Brexit.

Read the full statement below

Citizens across the island of Ireland, North and South, will be called to the polls this week on 23 and 24 May respectively, to exercise their democratic vote in the European Parliament elections.

Voting is the right and privilege of every responsible citizen. It is also the practical and concrete contribution that every voter can make to advance the fundamental politics of the common good. It is evident to us all that our world and our society is increasingly globalised. Politics is local; it is also regional, national, European and international. What is decided by MEPs in the European Parliament affects us all here on the island of Ireland. Similarly, our vote and our elected representatives in Europe can influence debates and decisions taken at EU level, which often have the potential to contribute to development and peace in the wider world. Given the potentially profound and far-reaching implications of Brexit for all citizens on this island, participating in the European elections this week, in an informed and conscientious way, has rarely been more important. We therefore urge all citizens who can vote in these elections, to do so, with a particular concern for the common good rather than for local or national interests only.

For many of us the European Union may seem a distant horizon. However, as people who enjoy EU citizenship, we have a responsibility to vote and to develop a knowledge and awareness of the roles and functions of each of the European institutions, including the EU Parliament, so that we understand fully the implications of our vote. The European Parliament is the House of European citizens and is elected by them directly. 2019 marks forty years of the functioning of this directly-elected Parliament.

Furthermore, in looking honestly and critically at where the European Union – and its Member States – have fallen short in realising its fundamental values, let us not forget to appreciate the historic and significant achievements of the European project. Let us recognise the good it has delivered in promoting solidarity between European peoples and nations. Let us recognise its contribution to developing our economies and regions. Let us also acknowledge its greatest achievement, that of maintaining peace in Europe.

That the EU faces profound challenges today is evident to all. However, that does not mean that we should disengage from it. In fact, it is now more important than ever to vote in these elections to ensure that we have our say in the future shape and direction of the Parliament for the next five years. At this crucial juncture in the history of Europe, we need a European Parliament that will protect and uphold the values on which the EU is built. The Treaty of the European Union outlines that the Union is founded on the values of respect for human dignity, freedom, democracy, equality, the rule of law and respect for human rights, including the rights of persons belonging to minorities.[1] Let us also remember that the European Union, in its foundation, was rooted in Christian principles of social justice, including the common good, solidarity and subsidiarity.

In looking to the future of Europe with hope, we remember the Irish missionary, Saint Columbanus, who has been described as ‘Ireland’s first European’.[2] We also remember Edith Stein (Saint Teresa Benedicta of the Cross), co-patroness of Europe, who suffered and died as a result of war in Europe. We hope never to see such horror in Europe again. The European project, its institutions and its political method, are key to promoting and consolidating a lasting peace.

On the eve of the European Parliament elections, we continue to pray through the intercession of Saint Columbanus and Saint Teresa for wisdom and right judgement for our political and civic leaders in our own country, in Europe, and throughout the world.