Massacre at Historic Church in Ethiopia 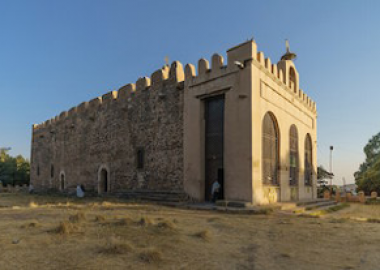 Church of Our Lady Mary of Zion By: A.Savin (Wikipedia Commons-WikiPhotoSpace)

Around 1,000 people – including priests and other church leaders – have been killed in a series of attacks in Ethiopia culminating in a massacre at a church where the Ark of the Covenant is believed to be held.

Following reports that 750 people were killed in a raid on the Orthodox Maryam Tsiyon Church in Aksum, thought to contain the Ark of the Covenant, an anonymous source from inside the country spoke to Aid to the Church in Need (ACN).

The source told ACN the attack was the latest in a long line of fatal assaults against innocent people, as part of the ongoing conflict in the Tigray region of the country.

Reports of the Aksum massacre first emerged earlier this month, when European External Programme with Africa (EEPA), a Belgium-based nonprofit organisation, released a situational report, saying the people hiding in the church were brought out and shot in the square.

The ACN source said: “I heard there were 1,000 people in the church. It might be that more were injured and died later. 750 were killed for sure. In Aksum, there is the Ark of the Covenant. Maybe the people were there protecting the Ark and…they were taken outside and shot.”

Last November, fighting broke out in Tigray after Ethiopian Prime Minister Abiy Ahmed sent federal troops, supported by militia and army from Amhara, and troops from Eritrea, to fight the Tigray People’s Liberation Front (TPLF), which he accused of holding illegitimate elections.

The ACN source stressed this political conflict had led to the deaths of so many Christians and Muslims but added that the violence was not motivated by religion.

He said: “Frankly, the problem is that Eritrean troops have been involved from the beginning. The government has denied this but those who are doing the killing are Eritrean troops in eastern and north-western Tigray. Inside Ethiopia there is a political conflict to do with the election. The government expired in September and they were supposed to have elections in May.

“Coronavirus happened and the election was postponed in August. This is a political problem and they are targeting the people of the Tigray region. This is a terrible situation.”