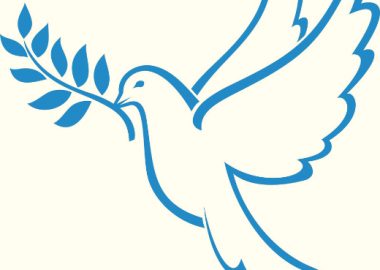 In his message for the 54th World Day of Peace marked on 1 January, Pope Francis offers the Church’s social doctrine as a “compass” to foster a culture of care for peace in the world.

In his message for the Catholic Church’s World Day of Peace, Pope Francis appeals to the international community and every individual to foster a “culture of care” by advancing on the “path of fraternity, justice and peace between individuals, communities, peoples and nations.”

“There can be no peace without a culture of care,” the Pope stresses in his message for the 54th World Day of Peace, held on 1 January 2021, which was released by the Vatican on Thursday.

The Holy Father calls for “a common, supportive and inclusive commitment to protecting and promoting the dignity and good of all, a willingness to show care and compassion, to work for reconciliation and healing, and to advance mutual respect and acceptance.” In this task, Pope Francis offers the principles of the Church’s social doctrine as a compass on the path to peace.

Established by Pope St. Paul VI in 1967, the first World Day of Peace was observed on 1 January 1968. On New Year’s Day, the Church also celebrates the solemn feast of Mary, Mother of God.

“A Culture of Care as a Path to Peace” is the theme of the Pope’s message, addressed to heads of state and government, leaders of international organizations, spiritual leaders and followers of the different religions, and to men and women of good will.

Lessons from the pandemic

Pope Francis begins his message noting how the “massive Covid-19 health crisis” has aggravated deeply interrelated crises such as those of the climate, food, the economy and migration, causing great sorrow and suffering to many. He makes it an occasion to appeal to political leaders and the private sector to spare no effort to ensure access to Covid-19 vaccines and to the essential technologies needed to care for the sick, the poor and those who are most vulnerable.

Alongside the pandemic, the Pope also notes a surge in various forms of nationalism, racism and xenophobia, and wars and conflicts that bring only death and destruction in their wake. These and other events of 2020, he says, have underscored the importance of caring for one another and for creation in our efforts to build a more fraternal society. Hence, “A Culture of Care as a Path to Peace” is a “way to combat the culture of indifference, waste and confrontation so prevalent in our time,” he says.

Evolution of the Church’s Culture of Care

The Holy Father traces the evolution of the Church’s Culture of Care from the first book of the Bible to Jesus, through the early Church down to our times.

After the creation of the world, God entrusts it to Adam to “till it and keep it”. Cain’s response to God – “Am I my brother’s keeper?” – after killing his brother, Abel, is a reminder that all of us are keepers of one another. God’s protection of Cain, despite his crime, confirms the inviolable dignity of the person created in God’s image and likeness. Later, the institution of the Sabbath aimed to restore the social order and concern for the poor, while the Jubilee year provided a respite for the land, slaves and those in debt. All this, the Pope says, shows that “everything is interconnected, and that genuine care for our own lives and our relationship with nature is inseparable from fraternity, justice and faithfulness to others.”

The Father’s love for humanity, the Pope says, finds its supreme revelation in Jesus, who asks His disciples to do likewise. The early Christians followed Jesus by sharing what they had and caring for the needy, thus making their community a welcoming home.

Today, the Church has “many institutions for the relief of every human need: hospitals, poor houses, orphanages, foundling homes, shelters for travellers…”

This culture of care of the Church, enriched by the reflection of the Fathers and the charity of luminous witnesses to the faith, the Pope continues, became the “beating heart of the Church’s social doctrine.” This, he says, can serve as a “grammar’ of care: commitment to promoting the dignity of each human person, solidarity with the poor and vulnerable, the pursuit of the common good and concern for the protection of creation.”

The Christian concept of the person, the Pope says, fosters the pursuit of a fully human development. “Person always signifies relationship, not individualism; it affirms inclusion, not exclusion; unique and inviolable dignity, not exploitation.” “Each human person is an end in himself or herself, and never simply a means to be valued only for his or her usefulness.”

According to the “compass” of social principles of the Church, every aspect of social, political and economic life achieves its fullest end when placed at the service of the common good, which allows people to reach their fulfilment more fully and easily.

In this regard, the Pope says, the Covid-19 pandemic has revealed that all of us, fragile and disoriented, are in the same boat.  All of us are called to row together”, since “no one reaches salvation by themselves.”

The Church’s social principles also urge us to concrete solidarity for others because we are all really responsible for all. It also stresses the interconnectedness of all creation, as his Encyclical Laudato si’ points out.

This highlights the need to listen to the cry of our brothers and sisters in need and the cry of the earth our common and care for them.

“A sense of deep communion with the rest of nature cannot be authentic if our hearts lack tenderness, compassion and concern for our fellow human beings,” the Pope says, citing his encyclical.

“Peace, justice and care for creation are three inherently connected questions, which cannot be separated.”

In the face of our throw-away culture, with its growing inequalities both within and between nations, Pope Francis urges government leaders, and those of international organizations, business leaders, scientists, communicators and educators, to take up the principles of the Church’s social doctrine as a “compass”. It is capable of pointing out a common direction and ensuring “a more humane future” in the process of globalization. He also calls on everyone to take this compass in hand and work to overcome the many existing social inequalities.

Humanitarian law needs to be respected, especially in situations of conflict and war, which cause enormous suffering to children, men and women. Instead of regarding conflicts as something normal, the Pope says, we need to convert our hearts and ways of thinking in order to work for true peace in solidarity and fraternity.

In this regard, the Pope calls for resources spent on arms, especially nuclear weapons, to be used for priorities such safety of individuals, the promotion of peace and integral human development, the fight against poverty, and the provision of health care. He says it would be a courageous decision to “establish a ‘Global Fund’ with the money spent on weapons and other military expenditures, in order to permanently eliminate hunger and contribute to the development of the poorest countries!”

The promotion of a culture of care calls for a process of education, the Pope says.

This begins in the family where we learn how to live and relate to others in a spirit of mutual respect. Schools and universities, the communications media, as also religions and religious leaders are called to pass on a system of values based on the recognition of the dignity of each person, each linguistic, ethnic and religious community and each people.

“At a time like this, when the barque of humanity, tossed by the storm of the current crisis, struggles to advance towards a calmer and more serene horizon,” the Pontiff says, “the “rudder” of human dignity and the “compass” of fundamental social principles can enable us together to steer a sure course.”

Pope Francis concludes his message, urging “We never yield to the temptation to disregard others, especially those in greatest need, and to look the other way.” “Instead, may we strive daily, in concrete and practical ways, to form a community composed of brothers and sisters who accept and care for one another.”