Feast of St. Bernard, Abbot and Doctor of the Church 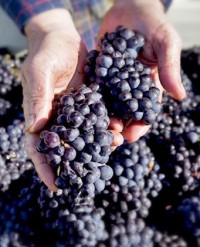 “The Kingdom of Heaven is like a landowner who went out early in the morning to hire labourers for his vineyard.  After agreeing with them for the usual daily wage,  he sent them into his vineyard.” (Matthew 20 : 1)

God is the generous landowner who hires everybody in His own time and rewards them according to his own sovereign will.  We can well understand the grumbling of the early workers who receive the same amount given to the late comers.  God extends the same mercy to everyone.  Jesus welcomes into His ministry prostitutes,  beggars,  Samaritans,  tax-collectors and pagans.  Gentiles are later accepted to join the Jewish Christians.  God wills the salvation of everyone.  There is no room for useless grumbling and envy in the Kingdom of Heaven.

Prayer Lord, we pray for dialogue and mutual respect between Christians and Jews, and we also pray for a return to the flock by all who have fallen away from the Catholic Church. Amen
« Go back one day Go forward one day »