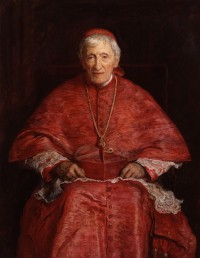 The people around were naturally amazed at such a miracle.  However,  those among them who didn’t believe in Christ cast doubts on Jesus’ ability to work a miracle.  They said that miracle was the work of the devil himself.   Jesus told them that any kingdom divided against itself wouldn’t last.  That went for Satan too.  If he was divided against his fellow devils and throwing them out of the people they possessed,  that would bring an end to their kingdom.  When Michael the Archangel defeated Lucifer he hurled him down to earth.  Here,  he reigned supreme till Christ came.  The death and resurrection of Christ destroyed forever the power of Satan.  However,  missionaries tell us he still has power in places where Mass has not yet been said.  When we are worshipping false Gods like wealth,  power,  pleasure and unbridled selfishness,  we are being tempted by the devil and becoming his followers.   There is only one true God.  St. John tells us we have as followers of Christ a power within us greater than any evil we will ever meet on the road of life.  Scripture says the devil is always on the watch for us – seeking whom he may devour.  But if we remain close to God,  we need not fear the power of evil.  Jesus shares his life with us and gives himself to us in the Eucharist.  Greater love than this no man has that a man lays down his life for his friends.

So we pray: Lord our Christianity is based on love and love alone recognises us as your good friends. Deliver us Lord from the power of evil. Amen