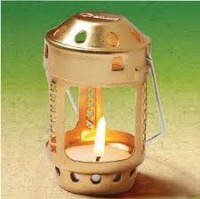 To-day’s readings tell the story in the words of St. Luke of the Ten Lepers who came to Jesus to be healed of their leprosy.  Only one who happened to be a Samaritan came back to Jesus to thank him.  That one was a foreigner.  The rest were Jews,  his fellow countrymen.   Christ must have been deeply hurt by their ingratitude.  This was only one of the many rebuffs he suffered during his earthly life.  “He came unto his own and his own received him not.”   The day after the miracle of the loaves,  the crowd got into a boat and followed Jesus to Capernaum.   Jesus said to them; “You are not looking for me because of the signs I have worked,  but because you had all the bread you wanted to eat.” (John 6 : 27) Then he said; “I am the living bread come down from Heaven.  Anyone who eats of this bread will live forever.”   The Jews were shocked and said; “This is intolerable language,  how could anyone accept it.”  So they walked with him no more.” (John 6 : 59)   He told his disciples to expect rejection.  In his farewell discourse he said; “If the world hates you remember that it hated me before you.  The disciple is not above his master.  If they persecuted me,  they will persecute you also” (John 15 : 18)  “The hour is coming when anyone who kills you will think he is doing a holy duty for God.” (John 16 : 2)  As Christians we must not be shocked when persecution comes.  For that is how they treated Christ himself.

Prayer Let us pray :- Lord Jesus, light of the world, you are a lamp for our steps. Give us the grace of perseverance as we endeavour to follow in your footsteps, all the days of our lives. Amen
« Go back one day Go forward one day »