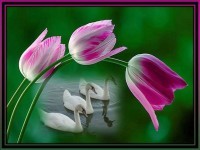 Today is the feast of St. Louis IX, King of France.  He was born in 1214 and was crowned King of France in 1226.  Louis belonged to the Third Order of St. Francis and his life was governed by penance, prayer and service of the poor.   He had eleven children and was a good father to them.  He was a just and considerate ruler.    He built Sainte Chapelle, a perfect example of the Rayonnant style of Gothic architecture, which was erected as a shrine for the Crown of Thorns,  a fragment of the True Cross, precious relics of the Passion of Jesus.  Louis purchased these in 1239–41 from Emperor Baldwin II of the Latin Empire of,  Constantinople for the exorbitant sum of 135,000 livres (the construction of the chapel, for comparison, cost only 60,000 livres).  He died while on Crusade to the Holy Land,  near Cartage in 1270.

Father, you raised St. Louis from the cares of earth to the glory of your heavenly Kingdom. May we come to your eternal Kingdom by our work here on earth, thro' Christ Our Lord. Amen