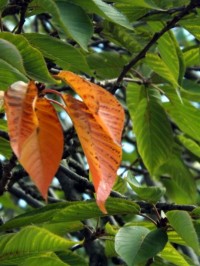 In to-day’s Gospel we see Jesus teaching in the Synagogue on the Sabbath as he often did.  Among those present he noticed a woman who was permanently bent over.  Moved with compassion he called her over and laying his hands on her he set her free from an infirmity which had kept her looking down at the ground for eighteen years.  As she straightened herself up she raised her eyes to Heaven with a prayer of praise and thanksgiving.  Everybody in the Synagogue shared her joy – that is everybody except the leader of the Synagogue.  He complained because Jesus had healed on the Sabbath.  But Our Lord reproached him – even called him a hypocrite – reminding him how even an animal is attended to on the Sabbath.

Jesus often came into conflict with the Jewish leaders because they were hung up on rules and regulations.  They had forgotten the purpose of the Sabbath which was to give people a rest from work so that they could worship God and be renewed in body, mind and spirit.  They didn’t think the Sabbath was a suitable time for people to experience liberation and healing.  The sight of a poor woman who had been bent over for eighteen years obviously didn’t touch the heart of the Synagogue leader.  He didn’t see that Jesus was doing the work of God when he released her from bondage.  He only saw a man who had broken the law.   St. John of the Cross says that at the end of our lives we’ll be judged on love.  So let us make love our yard stick in all our dealings with others.

Prayer Lord help us to see people as you see them so that we will always show them your compassion and love. Amen
« Go back one day Go forward one day »