Feast of the Exaltation of the Holy Cross

September 14th, 2015
"The Son of Man must be lifted up as Moses lifted up the serpent in the desert, so that everyone who believes may have eternal life in him." John 3 : 14 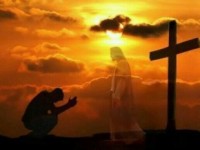 The origin of today’s feast goes back to the early 4th century when St. Helena, the mother of the Roman Emperor Constantine, went to the Holy Land in search of the holy places associated with Christ.  Pagan shrines had been erected over most of these holy sites.  She found that over Calvary where Christ had been crucified was a large marble idol of Venus.  Over the Holy Sepulchre from which Christ had risen from the dead was an idol of Jupiter. St. Helena had these pagan monuments torn down and made ready for Christian churches.  During this process deep excavations were made and the true cross was found.  In the Gospel for today’s liturgy Jesus tells Nicodemus that when he is raised up on the cross all who gaze on him will be saved.  As we gaze on the figure of Jesus on the cross we can see the suffering faces of the migrants drowning in the Mediterranean, thousands more streaming across Europe, the homeless man or woman in Dublin, the victims of road accidents,  the person with terminal cancer, the parents who have lost their child.  They are all there with Jesus on the cross because He has identified with and entered fully into all human suffering

Crucified Lord help all who suffer at this time. Give them strength and perseverance and a sense of your loving presence in their suffering. Amen