Feast of The First Martyrs of the Holy Roman Church 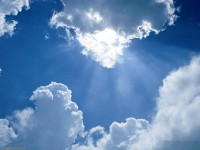 “In the evening of your life, you are going to be examined only on love.” (St. John of the Cross)

The First Martyrs of Rome,  in addition to St. Peter and St. Paul,  died under Nero in the year 64 AD.   That year Rome was devastated by fire,  which was a frequent occurrence in the city.  Nero accused the Christians.  According to the historian Tacitus,  many Christians were put to death “not so much of the crime of firing the city,  as of hatred against mankind.”