Fourth Week of Lent – Feast of St. Francis of Paola 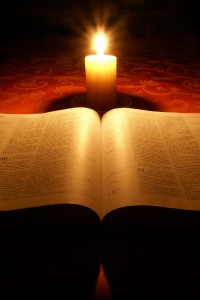 A son naturally tends to imitate his father. Because a father loves his son he instructs him with regard to what he ought to do. Here, however, Jesus speaks of the unique relationship which exists between himself and his Father – a relationship of love and obedience. As a consequence of this, Jesus justifies his behaviour on the Sabbath day, because he must imitate his Father, viz. by giving life and then by judging, because this has been entrusted to him by his Father. In the Old Testament this act of judging belonged solely to God, but has now been entrusted to Jesus. This privilege of judging has been given to the Son. To reject Jesus is equivalent to denying the Father also.

Prayer Your words are spirit, Lord, and they are life; you have the message of eternal life. Amen
« Go back one day Go forward one day »