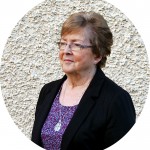 We have come to the end of another year. How quickly time passes! Life seems to be rushing by at an increasingly rapid pace. There seems to be little time for pausing to reflect and savour the now before we are rushed on to the next event.

All too often this is what happens with Christmas. One of the greatest feasts of the Christian calendar gets lost in the avalanche of Christmas cards, shopping for presents, and exhausting rounds of Christmas celebrations where, invariably, we eat and drink too much. What if we took more time to reflect on what Christmas is really all about – the profound mystery of the Incarnation; the root and source of our faith? The great God of the universe becomes human in the person of Jesus, is born into a humble family, lives and suffers and eventually dies as we humans do.

Bethlehem reminds us that the greatness of God’s majesty is not in the realm of the eternal. God is not up there on “his” throne, all powerful, invulnerable, watching over us from afar. No, God is Emmanuel, “God with us”, engaged with us, one of us. This can seem too much for us to take in. No wonder we exchange the mystery of the Incarnation for Christmas, with tinsel and holly, the babe in the manger, the angels singing and the Kings on their camels bringing presents. We reduce the Incarnation in our attempts to understand it but, as the Franciscan Richard Rohr claims, the Incarnation is something more mysterious, more awe inspiring. He says: “The Incarnation of God did not happen in Bethlehem 2000 years ago. The Incarnation actually happened 13.7 billion years ago with a moment that we call the “Big Bang”. That is when God actually decided to materialise and self expose”. (www.huffingtonpost.com).

Two thousand years ago was the human incarnation of God in Jesus, but before that there was the first and original incarnation through light, water, sun, moon, stars and every created thing that now exists. The Word of God was present at that first flaring forth, billions of years ago. This insight about the Cosmic Christ was already intuited in the earliest days of Christianity and articulated in the prologue to John’s Gospel, and in the Pauline hymns of the letters to the Colossians and Ephesians. (John 1: 1-3; Colossians 1: 1-20; Ephesians 1:9). All speak of Christ existing from all eternity. We have never really unpacked the profound meaning of these references but now they have new significance in the light of the new story of the universe.

The Incarnation tells us that God is intimately connected to us and to all creation from the very beginning of time and space; that God truly loves creation. This “deep” way of reflecting on the incarnation provides an important insight. By becoming flesh the Word of God confers blessing on the whole of earthly reality in its material dimension, and beyond that, on the cosmos in which the Earth exists. Rather than being a barrier that distances us from the divine, this material world becomes a sacrament that continuously reveals the Divine Presence.