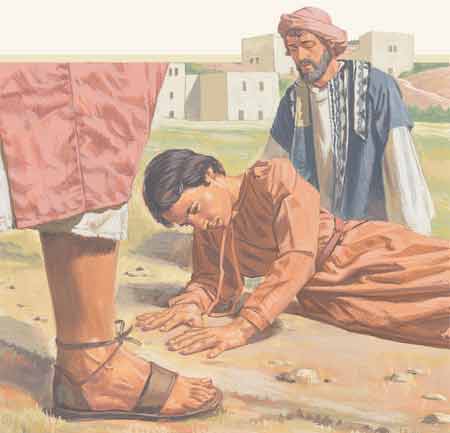 To-day’s Gospel presents Jesus teaching in the Synagogue.  We’re told the people were in admiration of him because he taught with authority.  But they were ever more amazed when they saw him use his authority to command an unclean spirit to leave the man whom he possessed.   As the Son of God,  Jesus had all the authority in the world but he never used it for his own honour and glory.  No;  Jesus always used his authority to serve others,  whether he was proclaiming the Word of God,  forgiving sinners,  healing the sick or casting out devils,  Jesus was always engaged in the ministry of liberation and healing.

As followers of Jesus we are also called to use whatever authority we have been given in the service of others.  As parents,  teachers,  leaders in Church or State,  most adults are invested with some authority.  But with this authority we have a responsibility to use it wisely.  It is the abuse of power and authority which causes so much suffering in our world to-day.  From the very beginning of his ministry Jesus had given the apostles the example of leadership with service.  But they were slow learners.  Jesus often found them arguing about who was the greatest.  That is why he said to them; “Anyone who wants to become great among you must be your servant and anyone who wants to be first among you must be slave to all.” (Mark 10 : 43)

Prayer Jesus meek and humble of heart, make my heart like unto thine. Amen
« Go back one day Go forward one day »