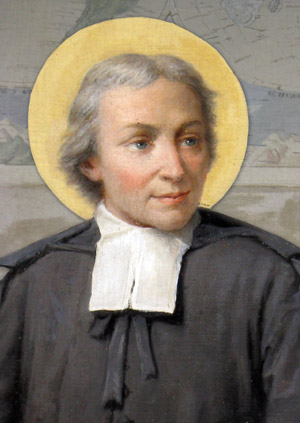 (John 3 : 31 – 36)  ‘‘He who comes from above, is above all others; he who is born of the earth is earthy himself and speaks in an earthy way. He who comes from heaven bears witness to the things he has seen and heard, even if his testimony is not accepted; though all who do accept his testimony are attesting the truthfulness of God, since he whom God has sent speaks God’s only words: God gives him the Spirit without reserve. The Father loves the Son and has entrusted everything to him. Anyone who believes in the Son has eternal life, but anyone who refuses to believe in the Son will never see life: The anger of God stays on him.’’

Rejecting Jesus’ testimony is rejecting God. The words Jesus speaks are God’s words, his gifts are abundant to all who accept Jesus. God entrusts to Jesus the power of judgement and the power to give life. This section of the reflection ends with the division between those who believe and the unbelievers who are under God’s judgement.

Today is the feast of St. John Baptist de la Salle,  1651 – 1719,  who devoted his life to the care and education of poor children and to the training of teachers.  He formed his companions into the Brothers of the Christian Schools.  He is Patron of teachers.

Lord our God, our prayer is to believe in Jesus, the source of eternal life. Amen