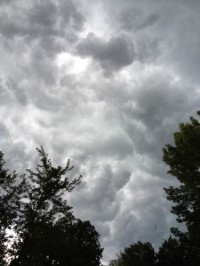 The Lord is gracious and merciful, slow to anger and abounding in love.
Psalm 145:8

“Bless me, Father, I have been angry…”

As these introductory words indicate, I am writing this article from the perspective of a priest.

Aristotle challenges us as follows: Anyone can become angry – that is easy. But to be angry with the right person, to the right degree, at the right time, for the right reason, and in the right way – that is not easy.

When somebody acknowledges that he/she has been angry, I might ask, “So, what’s the problem? What did you do about it?” I recall one person’s response as a real gift: “I went for a walk in the countryside and enjoyed the beauty of nature in everything around me.” I thought then, and still think – that was wonderful! It was acknowledging the anger, but making use of it in a constructive and positive way. The alternatives could be, for example, damaging someone else by way of harsh words or violent actions or even damaging ourselves by harbouring such feelings.

At other times I might ask what the context was: more often than not, the person was right to be angry, just as Jesus was when he went to the Temple to pray and found all the money changers had taken over that part of the Temple not proper to them. They had every right to be there as anyone visiting the Temple would have to change their money for the Temple currency to buy various things to be offered in sacrifice.

I have often used what I call the gift of anger (as are all emotions) in a positive way – to paint (art therapy of a kind), to compose music on piano/organ, to do work in the garden, to go out and be refreshed by the gift of creation, go for a swim, go to the gym – any-which-way to allow emotion to express itself. I found it helpful to take time, after reflection, to do some journaling, to write down a few notes for later use.

The opposite of anger is gentleness. A gentle person has great power. It would have been the quality of gentleness in Christ that attracted Mary Magdalene, the adulterous woman and many others in the Gospel. In his book “The Five People You Meet in Heaven”Mitch Albom says, “Holding anger is a poison. It eats you from inside. We think that hating is a weapon that attacks the person who harmed us. But hatred is a curved blade. And the harm we do, we do to ourselves. During his seminary days, the Founder of ‘The Association of the Holy Family’, Pierre Bienvenu Noailles, included the following in his rule of life: “What I must ask from Our Lord is great charity and unalterable gentleness.”

“Overcoming Anger” by Dr Windy Dryden (Sheldon Press). Unhelpful beliefs and rigid expectations can lead to a cycle of unhealthy anger; this can be dangerous and destructive, distorting our judgment and overturning our best intentions.

“Working With Anger” by Thubten Chodron. Learning to work with our anger is effective for everyone seeking personal happiness as well as world peace. The book presents a variety of Buddhist methods for subduing and preventing anger, not by changing what is happening but by framing it differently.

“Being Peace” by Thich Nhat Hanh. Everyday we do things, we are things, to do with peace. If we are aware of our lifestyles, our way of looking at things, we will know how to make peace.

It is consoling to know that God is big enough to cope with our rage. Some of the Psalms bear this out:

Thank you, Lord, for the gift of all my emotions - those treasures that can move me and motivate me to do good or ill, both for myself and others. I thank you especially for the gift of anger - for the ways it has helped me to know myself better as I reflected on such feelings; for the ways in which I have been able to put such powerful energy to good use - in art, in exercise, in music, in discovery, in practical work. Lord Jesus, who were angry in the Temple, help me to use mine as you did to reach out to defeat injustice and serve the cause of right.