Remembering the Slave Trade and its modern forms 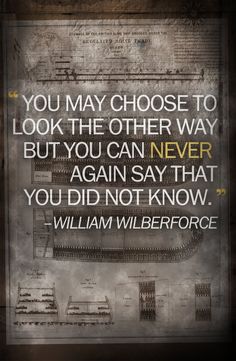 Why does the UN still mark an International Day for the Remembrance of the Slave Trade and its Abolition on 23 August? It’s partly to remind us that Slavery is supposed to be abolished, and also to draw attention to the lasting legacy of historical slavery.

In August 1997 a young boy named Sebastião fled from Flor da Mata estate in Pará state, Brazil. It belonged to a man who owned several other estates and who had been investigated by the authorities for practising slave labour. Sebastião guided a special inspection team and federal police agents to the estate, where 220 enslaved workers were rescued, among them 30 minors and 15 women. Later that same year police at Goianésia, Pará, found the remains of dead bodies – believed to be those of slave workers – in eight wells on another estate.

Slave labour is characterised by the exercise of physical control over the worker. Despite being officially banned in Brazil for the past 140 years, it clearly continues, these days exacerbated by growing poverty and the Covid-19 virus.

Columban Fr Colin McLean has lived and worked as a missionary in Brazil with African-Brazilians for over 30 years. During his time, he has traced the almost five centuries history of the Atlantic slave trade. Brazil received about 40% of African slaves that came across the Atlantic up until 1888 when Brazil abolished slavery. There is a vibrant African-Brazilian cultural scene in Salvador. Dance and song come naturally to this exuberant people, providing a counter-weight to the discrimination they face and gangland violence. Fr Colin McLean encourages presentations of Capoeira among the young folk. Capoeira is a frenetic cross between dance and martial arts, reputedly perfected amongst slaves as a form of defence against cruel masters. He has also set up a theatre group which specialises in stories of slavery and liberation. The group has performed widely in Brazil and abroad. Fr Colin has reached out to members of the Candomblè community. Candomblé is a fusion of Christianity and African religions.

And what of Africa, the home continent of Brazil’s slaves? It was tragic for Africa that Europeans regarded the continent for many centuries largely as a source of cheap labour. The incorporation of at least 28 million people, without asking their approval, and often through coercion, into Western economic models and business plans warped Africa’s development paths and prospects. Around half the victims were transported to the Americas, including Brazil. Tens of thousands of others died or were injured or displaced because of the Slave Trade. According to “Feast to Famine: The Course of Africa’s Underdevelopment”, written by Bill Rau and produced by the Africa Faith and Justice Network, the demographic gap left Africa with wounds that continue to handicap its development. As other continents were growing through an interplay of agricultural, industrial, technological and population expansion, the Slave Trade denied Africa the physical and mental energies of young, strong people who would have contributed to their continent. Instead, “slavery forced Africans to produce for the wealth and power of others.” Imperial domination of Africa underpinned racism which further sanctioned exploitation in the name of mutual improvement.

The Slave Trade intensified differences within African societies which in modern times are regularly marked by conflict, undermining development. It had a long-term impact on traditional farming practices, affecting agricultural production and output. The farming cycle was disrupted by raids as people feared going to their fields for planting and harvesting. Unsettled conditions for centuries undermined food security. European control also led to the introduction of cash crops, dependence on foreign markets and national debts which, today, siphon away the wealth of many African nations. Africa’s history was distorted by the Slave Trade and African societies and cultures exposed to a dominant world economy determined to exploit and manipulate for geo-political reasons. Today, some 73 million Africans face hunger daily and the continent is dealing with the pandemic and with climate change disrupting food production.