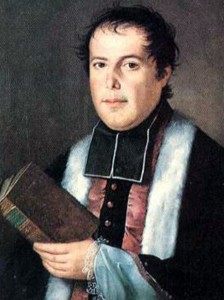 Pierre Bienvenu grew up in a closely-knit family surrounded by loving brothers and sisters. He was a lively child, daring to recklessness, precociously intelligent, self-willed but of great sensitivity of heart so that he was beloved by all.  He was a charming young man, gifted and enterprising, interested in all life had to offer by way of ideas, occupations, amusements – in all except religion. 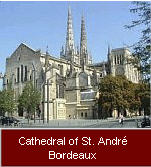 Before the Revolution, the Noailles family was quite well-off, Mr. Noailles being a businessman in the prosperous port city of Bordeaux. However, the upheaval of the Revolution caused serious difficulties for the business and almost ruined it. The Revolution also affected Bienvenu’s education. He went to work when he was thirteen or fourteen years of age, first in the Préfecture. When he was seventeen Mr. Peyronnet, one of the most celebrated lawyers of Bordeaux and a future minister of Charles X, having become aware of his literary talents, took him into his office as his secretary. 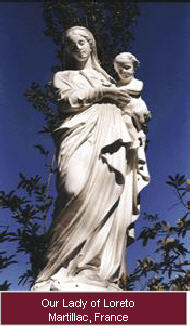