A society that erases women is impoverished 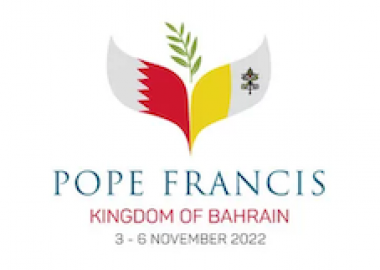 During his return flight to Rome from Bahrain, Pope Francis had a wide-ranging conversation with journalists. Carol Glatz, from CNS asked about women’s rights. She said that during his trip to Bahrain the Pope had spoken about fundamental rights, including women’s rights, their dignity, the right to have their space in the social and public sphere; and you encouraged young people to have courage, to make noise; to move forward toward a more just world. Given the situation close by, in Iran, with the protests sparked by some women and many young people who want more freedom, she asked: “Do you support this effort of women and men demanding to have the basic rights that are also found in the Document on Human Fraternity?”

The Pope answered: ” We have to tell each other the truth. The struggle for women’s rights is an ongoing struggle. Because in some places women have equality with men, but not in other places. No? I remember in the 1950s in my country, when there was the struggle for women’s civil rights: for women to be able to vote. Because until about the ’50s only men could do so. And I think of this same struggle in the US. But why, I ask myself, does the woman have to struggle like this to keep her rights? There is a… I don’t know if it is a legend, a legend about the origin of women’s jewelry – maybe it’s a legend – that explains the cruelty of so many situations against women. It is said that women wear so much jewelry because in a country – I don’t remember, perhaps it’s a historical fact – there was a custom that when the husband got fed up with the woman, he would say to her, ‘Get out!’ and she couldn’t go back in and take anything. She had to leave with what she had on her. And (that would be) why they would amass gold, to be able at least to take something away. They say this is the origin of jewelry. I don’t know if it is true or not, but the image helps us.

Rights are fundamental. But how come in the world today we cannot stop the tragedy of young girls’ infibulation? This is terrible. Today. The fact that this practice exists, that humanity cannot stop this crime, a criminal act! Women, according to two comments I heard, are either “disposable” material – that’s bad – or they are ‘a protected species.’ But equality between men and women is still not universally found, and there are these instances, where women are second-class citizens or less. We have to keep fighting for that because women are a gift. God didn’t create man and then give him a little dog for fun. He didn’t. He created them equal, man and woman. And what Paul wrote in one of his letters about male-female relationships, which seems old-fashioned to us today, at that time was so revolutionary that it was scandalous. He said the man should take care of the woman as his own flesh. This, at that moment, was a revolutionary thing. All women’s rights come from this equality. And a society that is unable to give the woman her place does not move forward. We have the experience (of this). In the book I wrote, Torniamo a sognare, in the part about economics, for example, there are women economists currently in the world who have changed the economic vision and are able to carry it forward. Because they have a different gift. They know how to run things in another way, which is not inferior, it is complementary.

Women have their own way of solving problems, which is not man’s way. And both ways must work together: the woman, equal to the man, works for the common good with that insight that women have. I have seen that in the Vatican, every time a woman comes in to do a job in the Vatican, things get better. For example, the vice governor of the Vatican is a woman, the vice governor is a woman, and things have changed for the best. In the Council for the Economy, there were six cardinals and six lay people, all male. I changed the lay people I put one male and five women. And this is a revolution because women know how to find the right way, they know how to move forward. And now I have put Marianna Mazzuccato in the Pontifical Academy for Life. She is a great economist from the United States, I put her there to give a little more humanity to it.

I think with that I have said what globally needs to be done. But we still have some way to go. Because there is this ‘machismo’. I come from a people with machismo. Argentinians, we are masculinist, always. And that is bad, but then we turn to our mothers, who are the ones who solve the problems. This machismo kills humanity. Thank you for giving me the opportunity to say this, which is [something that] I carry in my heart. Let’s fight not only for rights, but because we need to have women in society to help us change.”

Read the full transcript of the Pope’s conversation with the press here: www.vaticannews.va/en/pope/news/2022-11/pope-flight-three-wars-century-pacifist-interview-bahrain.html