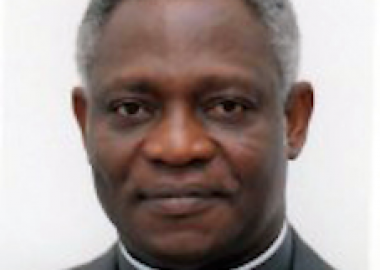 Cardinal Peter Turkson, Prefect of the Dicastery for the Promotion of Integral Human Development, presented the Laudato si’ Action Platform, “a seven-year journey towards integral ecology.”

Six years on from the publication of Laudato si’, “the cry of the Earth and of the poor is becoming more and more heartbreaking,” says Cardinal Peter Turkson. “The message from our scientists and our young people is increasingly alarming: we are destroying our future.”

With this dire warning, the Prefect for the Dicastery for the Promotion of Integral Development (DPIHD) set the stage for a bold new initiative from the Vatican: The Laudato Si’ Action Platform (LSAP), “a seven-year journey towards an integral ecology.”

Cardinal Turkson introduced the “action-oriented” project at a Tuesday morning press conference for the conclusion of the Laudato Si’ Year. The Action Platform is seen in the context of the numerous initiatives that marked the Year, including the recently concluded Laudato Si’ Week, the Season of Creation last fall, and the Economy of Francis event in February.

“The worldwide reception of the proposal and celebration of a special year of Laudato sí has been fabulous and generous,” said Cardinal Turkson. “Local Churches, associations, movements, and many others have responded with great enthusiasm to Pope Francis’s appeal to take care of our common home.”

However, “now more than ever, it’s time to act, to do something concrete,” he said.

At the press conference, Father Josh Kureethadam of the DPIHD explained the “what and the how” of the action platform.

The journey of the LSAP will take place over seven years, with the first year dedicated to “the three fundamental tasks of community building, resource sharing, and drawing up of concrete action plans” for the realization of those goals.

The seventh year will be a “Sabbatical year to praise and thank God.”

These goals, he said, can be realized “only through partnership, walking the ‘synodal’ path Pope Francis is proposing to the entire Church.”

The working groups created to implement the various goals will bring together partners from around the world in order “to respond to the Pope’s constant invitation ‘to prepare the future together,’ in the context of the current pandemic.”

Father Kureethadam said the “prayer and dream” of the LSAP is “to initiate ‘a people’s movement from below’ that can really bring about the radical change needed given the urgency of the crisis of our common home.”